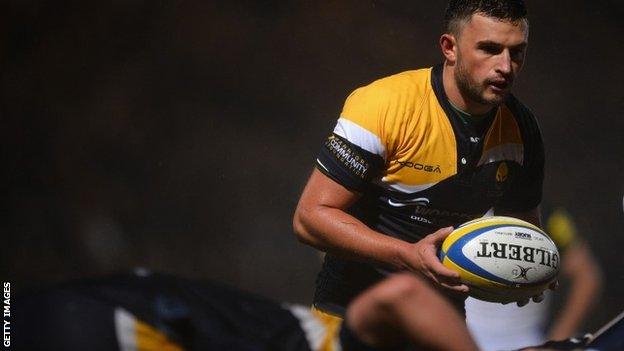 The struggling Premiership club have stuck to their customary policy of not revealing the length of contract.

Home town boy Arr, 25, has been with the Sixways club all his career, having come through the ranks from the academy.

Eight-times capped Fiji international Fatiaki, 26, who is in his third season at Sixways, was signed by Richard Hill.

Staff changes for next season

"I enjoy playing my rugby at Sixways and believe the club is moving in the right direction," said Fatiaki.

"Warriors brought me to England and I feel a strong connection with the club."

Arr added: "It's not been an easy season but things have progressed rapidly behind the scenes.

"I am confident this club will be successful. No doubt there are good times in front of us."

Director of rugby Dean Ryan has made seven new signings ahead of next season, which looks increasingly likely to be spent in the Championship after bottom club Worcester's losing 13-match start to the current Premiership campaign.