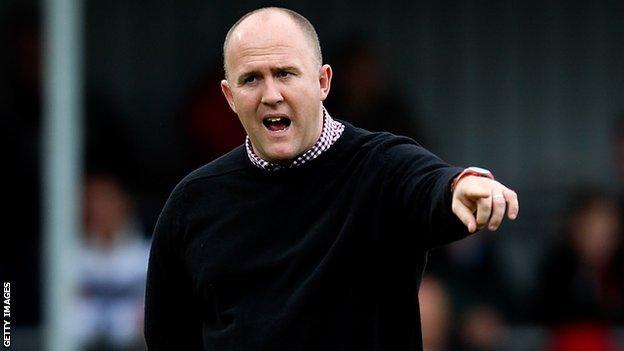 Cornish Pirates boss Ian Davies has ruled his side out of the Championship play-off race and is instead targeting British & Irish Cup success.

The Pirates are two places and 15 points outside the top four, with league leaders London Welsh, who visit on Sunday, a further two points ahead.

However, Davies is more concerned with their cup quarter-final at home against Welsh side Pontypridd in April.

"OK, mathematically we are not out of the top four, but realistically it is going to be a challenge with the fixtures that we have got coming up.

"We have to get our things in order and ready for the B&I Cup game against Pontypridd, that is now our focus. We need to get our performances back on the straight and narrow before then."

Davies said the recent run of poor results, including a 25-6 loss to play-off hopefuls London Scottish and draw with bottom side Ealing, combined with the wet weather and winds that have battered south-west England has forced him to get back to basics in training.

"After our last performance [against Ealing] we have been working on catching and passing," he said.

"Basically it's wet weather drills - you know the ball is going to be muddy, it's going to be heavy under foot, so it's about controlling that ball. We have to make sure our error count is low."