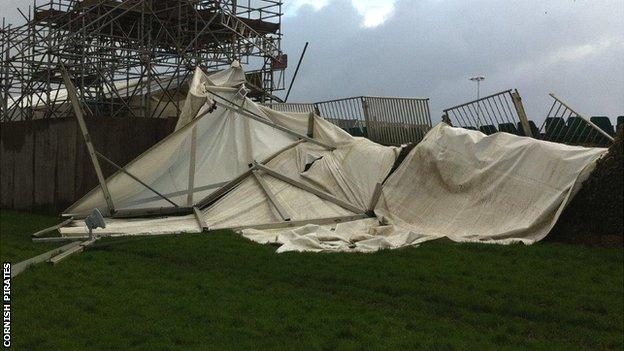 Sunday's Championship clash between Cornish Pirates and London Welsh has been postponed because of a waterlogged pitch at the Mennaye Field.

The game was called off on Saturday following an 08:20 GMT pitch inspection in Penzance.

The bad weather in the south west had already forced the Pirates to close the Jewson Stand for the game, after it suffered significant storm damage.

No date has yet been set for the rearranged fixture.

It is the second weekend in a row that the Pirates have lost a game to the weather, with last week's trip to Moseley also postponed because of a waterlogged pitch.