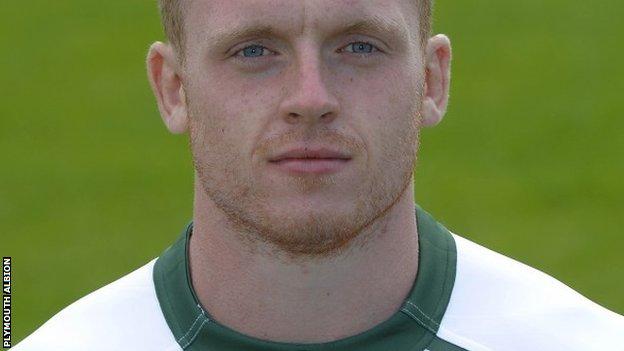 Plymouth Albion back Ben Woods has signed a new one-year deal at the club, with the option of a second year.

The 23-year-old joined from Irish club Old Belvedere last year and has played 11 Championship games for Albion, as well as featuring in their run to the British & Irish Cup quarter-finals.

"I'm really happy that he will be with us next season."

Shanahan added: "Whenever he plays he puts his body on the line and he leads by example.

"And importantly for a relatively small squad, Ben covers a number of positions as he is able to play at centre, wing or full-back."

Woods has previously represented Leinster's Under-20 side and their 'A' team.