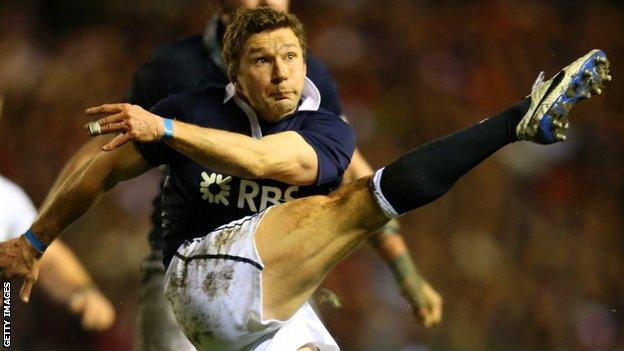 Scotland scrum-half Chris Cusiter will join Sale Sharks from Glasgow Warriors at the end of the season.

The 31-year-old has agreed a two-year contract with the Premiership club.

Cusiter has won 66 caps for Scotland, appearing in both of his country's Six Nations fixtures in 2014, and also toured New Zealand with the British and Irish Lions in 2005.

He will fill the void left by Wales international Dwayne Peel, who has agreed to sign for Bristol next term.

"Chris is a great signing for the club," director of rugby Steve Diamond told the club website.

"We have signed him to replace Dwayne Peel and we know that Chris will be the quality replacement we need.

"A lot of credit for the signing must go to [Sale head coach and former Scotland captain] Bryan Redpath, who knows Chris well."

Cusiter will link up with another Scotland international, veteran forward Nathan Hines, at the AJ Bell Stadium next season.