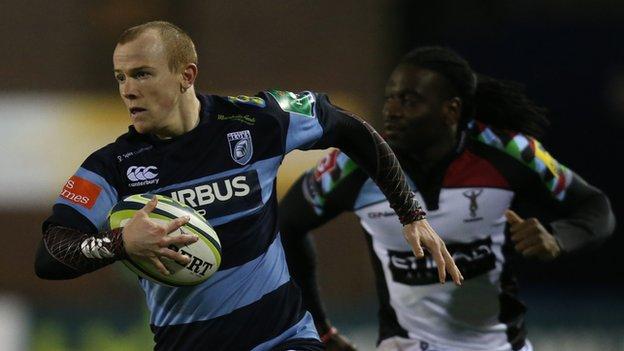 Full back Dan Fish has signed a new contract with Cardiff Blues.

The 22-year-old has played 38 games for the region since making his debut in October 2010.

Fish played for Wales in the 2010 Six Nations Under-20s tournament, and also during the 2010 IRB Junior World Cup in Argentina.

"We are all really pleased that Dan has signed new terms with us," said Blues director of rugby Phil Davies.

"He is a Cardiff boy who has been through our system and here for a number of years. He is one of the most talented footballers I have ever coached."

The Blues will lose current first-choice full back Leigh Halfpenny at the end of the current season when he joins Toulon.

"I know how big an opportunity this is," said Fish.

"I've been here for a few years and have had some good players in front of me for the No.15 jersey.

"Now I want to make the most of my chance, and show the fans I am the person to fill that role long-term."