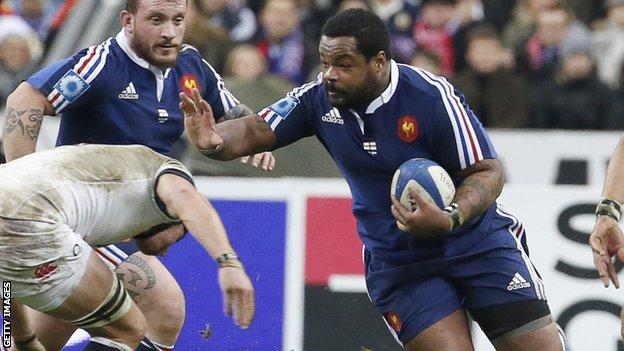 France centre Mathieu Bastareaud has recovered from a shoulder injury to start against Wales in Cardiff on Friday.

The Toulon back will face Wales' George North, who switches from the wing, in a heavyweight midfield contest.

Flanker Bernard Le Roux, who suffered concussion in the 30-10 win against Italy, is replaced by Racing Metro team-mate Wenceslas Lauret.

Castres back Remi Tales and hooker Brice Mach are on the bench.

Les Bleus have won both their games in the Six Nations so far, at home to England and Italy.

Reigning champions Wales are looking to keep their hopes of winning a third successive title alive following their 26-3 defeat away to Ireland in their last match.