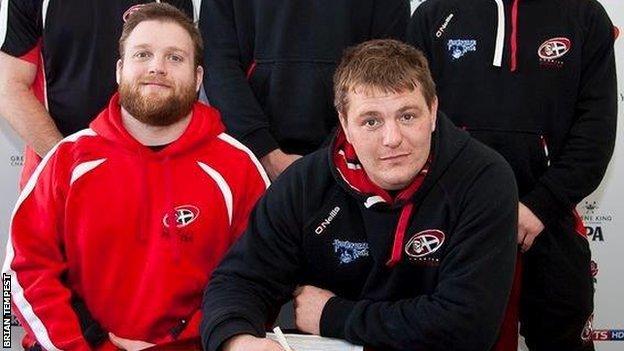 Hookers Rob Elloway, 30, and Tom Channon, 23, have both agreed new deals with Pirates, who currently lie sixth in the Championship.

Elloway has made 167 appearances for the club since joining in 2007, while Channon has featured in 19 games since his move from Bristol last year.

Director of rugby Ian Davies told the club's website: "It's fantastic that these guys have put pen to paper.

"We need a little bit of continuity and will be looking to secure more of the current squad over the next few weeks.

"Strengthening the squad will of course be fully dependent on who we retain and the budget available."