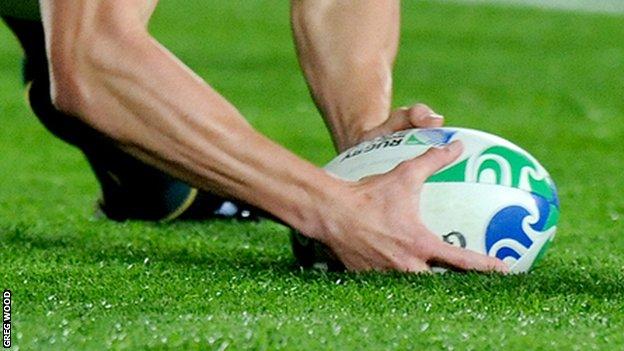 Launceston's Mike Rawlings has retired from rugby because of an eye injury.

The 25-year-old back-rower was injured against Hartpury College on 11 January.

Coach Cliff Rainford told BBC Radio Cornwall: "Mike was sent to see the specialist and, very unfortunately, he had a detached retina.

"He's had surgery and came through fine but the specialists have all advised him that enough is enough. It's a massive loss for the club and the county and I really feel for the guy."

Rawlings was a regular in Launceston's pack alongside older brother, Tom, the Cornish All Blacks' assistant coach and captain.

Rainford continued: "To be just 25 years old and have to look at ending your career is a real downer, but he's a great skills player and I'm sure he'll find his way in rugby through the coaching route now.

"If he applies himself to coaching like he has the playing side of things, then he'll have a great future coaching rugby as well."