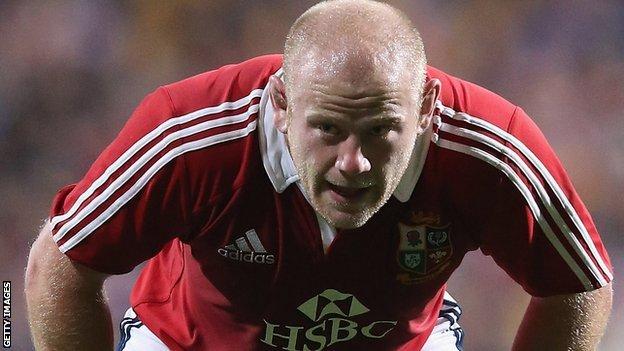 Leicester Tigers and England prop Dan Cole will be out for at least three months because of a neck injury, reports BBC Radio Leicester.

Cole, 26, has a bulging disc and has already been ruled out of the Six Nations, with David Wilson set to replace him against Ireland this week.

Cole will miss the Heineken Cup last eight tie against Clermont on 5 April.

Tiger boss Richard Cockerill said: "It will be three months, then he'll have scans and we'll see from there."

Cole made his England debut as a replacement for Wilson in the 30-17 win over Wales during the 2010 Six Nations campaign.

He has won 45 caps and started England's first two Six Nations matches this year - the 20-0 win over Scotland at Twickenham and the 26-24 defeat by France at the Stade de France.

His injury was diagnosed when he experienced weakness during a gym session at St George's Park last week during an England training camp.