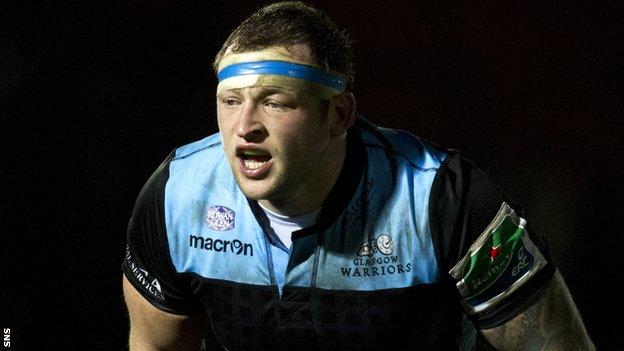 And he was called up for the British & Irish Lions tour of Australia last year, although he did not feature in any of the Tests.

Reid, 26, is a Scotland A international and is in his third season at the Warriors after leaving Ayr.

"Ryan has worked hard over the past two seasons and he's got his rewards through playing at the highest level," head coach Gregor Townsend told the club website.

"He delivers what we expect from our props, which is scrum dominance, strong defence, work-rate and accuracy in contact.

"He's also very good at staying on his feet when carrying the ball.

"Gordon has really developed since he became a professional.

"He played very well for Scotland A against England Saxons last month and is getting closer to playing at international level.

"Gordon is a genuine, hard-working player, who takes feedback on board very well and shows a real desire to improve his game.

"He's at an age where he'll continue to develop and we'll benefit from this over the next few years."

The announcement comes in the same week that it was revealed fellow prop Moray Low is to leave Glasgow for Exeter in the summer.