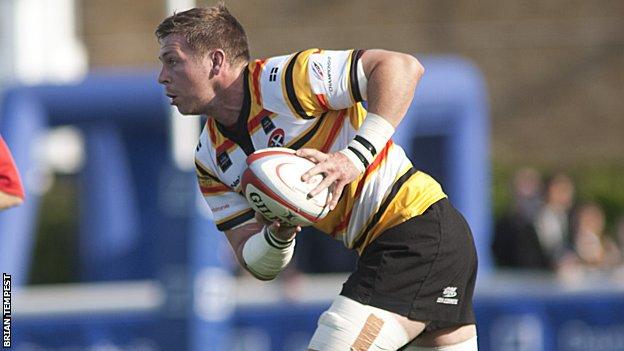 Cornish Pirates captain Chris Morgan says his side need to get back to enjoying their rugby in order to get out of their recent slump.

The Pirates are sixth in the table after three league games without a win.

"We have dipped and it's been hard. Maybe the [weather-enforced] break came at a good time for us to take stock and refocus," he told BBC Radio Cornwall.

"It's about enjoying ourselves. We did at the start of the season but we lost a few games and found things harder."

The Pirates had a strong start to the season, winning eight of their first 11 matches in the Championship and British & Irish Cup.

But their form since the turn of the year has been less impressive with only one win from their last five games - including a draw against bottom-of-the-table Ealing.

"It has dented the boys' confidence," said Morgan, who will make his 150th appearance for the club on Friday against Moseley.

"We want to get back to enjoying it and showing how much we want to play.

"It's been a building season and we hit the ground running with some great results in the first part of the season.

"We've fallen off a bit of late but we want to get the show back on the road.

"But that's part of the learning curve for this group of players, which will hopefully stand us in good stead for the future.

"The nature of this league is that it's a long season and we've had quite a lot of injuries to senior players.

"The young players have come in and stepped up but it takes time to bed in and to get in a position to play week-in, week-out."

Listen to full commentary online and on BBC Radio Cornwall from 19:30 GMT