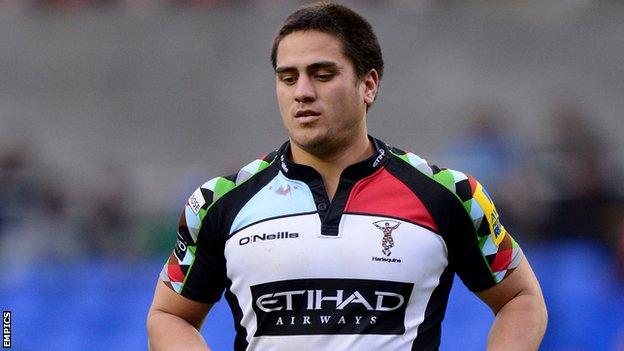 Harlequins fly-half Ben Botica has signed a new contract until 2017, while five other players have extended their deals with the Premiership club.

New Zealand-born Botica, 24, joined Quins in 2012 and has scored 286 points in 47 appearances for the London side.

Those five players will remain at the Twickenham Stoop until the end of the 2015-16 campaign.

"We are obviously delighted these players have committed to us and will continue their development at Harlequins," Quins director of rugby Conor O'Shea said.

"We want to keep the core of our group together for as long as possible and their commitment really allows us to push on and plan for the future."

Hooker Buchanan and lock Matthews, both 22, are products of the Harlequins academy, while former England Under-20s centre Casson, 23, joined in 2010.

The trio have all made more than 50 senior appearances.

Front-row forward Gray, 25, joined Quins from Northampton in 2010 and has scored five tries in 87 appearances while fellow hooker Ward was an addition from Cornish Pirates in summer 2012.

The 28-year-old has scored one try in 21 outings this season.