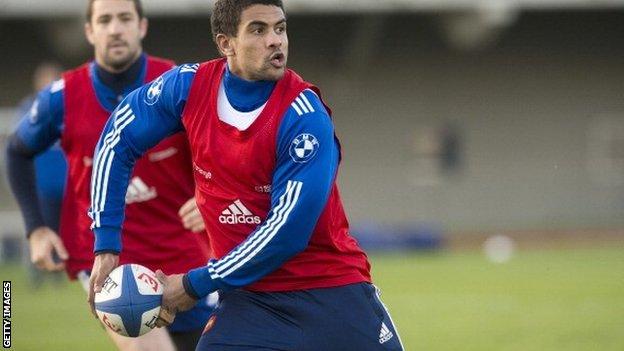 France centre Wesley Fofana is likely to miss the remainder of the Six Nations after fracturing a rib during Friday's defeat by Wales.

Fofana, 26, a major creative influence at inside centre, is expected to be sidelined for three to four weeks.

His club Clermont Auvergne say he suffered a "fracture of the 11th rib on the right side".

France face Scotland on 8 March and then host Ireland on 15 March in the final fixture of the championship.

Les Bleus were well-beaten 27-6 in Cardiff on Friday but, with two victories and one defeat, are level on points with Wales, Ireland and England and remain in contention for the title.