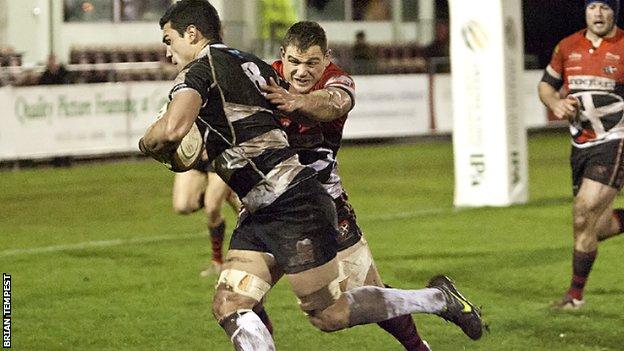 Cornish Pirates director of rugby Ian Davies says his side have been out of form for several months as their disappointing run of results continued.

The Pirates lost 28-20 away to Moseley on Friday, their fourth straight Championship game without a win.

"But we've got to roll our sleeves up - we've got some big games coming up."

The Pirates are marooned in sixth place in the table, with their hopes of making the end-of-season play-offs all but over.

But they have a home British & Irish quarter-final against Pontypridd - with the date confirmed for Sunday 6 April - while the next visitors to the Mennaye Field are Jersey, second from bottom of the Championship.

"Pontypridd in the B&I Cup is huge for us," said Davies.

"They are a better side than Ealing so we've got to make sure we look at ourselves, and get better at what were doing.