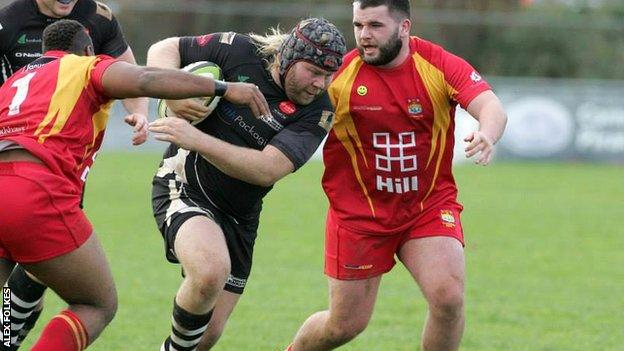 Launceston coach Cliff Rainford said his players had only themselves to blame after their unbeaten home record came to an end against Ampthill.

The Bedfordshire team became the first away side to leave Polson Bridge with a win after a poor Launceston display.

"We're very disappointed," Rainford, who will step down at the end of the season, said of the 38-23 loss.

"To give so many penalties away against any team will cost you. Against the guys in third place is suicide."

Rainford added: "It was us - we gave them far too many points and scoring opportunities from penalties.

"They didn't create a huge amount themselves, all their points came from stuff that we did wrong."

Launceston got themselves to within three points of their opponents with a second-half try from Ryan Westren, but that was as good as it got as their indiscipline cost them points and territory.

"You have to play for 80 minutes, you can't afford to play for 30 minutes at the end and the penalty count is massively important," he told BBC Radio Cornwall.

"A bit of frustration creeps in but at times we lacked that bit of experience that helps you avoid giving way penalties."