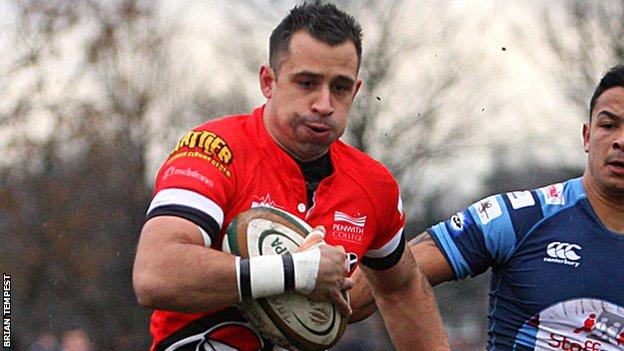 Four more Cornish Pirates players have signed new deals as the club continues to build their squad for next season.

"We're trying to get some continuity and trying to keep this group together," Pirates director of rugby Ian Davies told BBC Radio Cornwall.

"There's a three-year plan and for that to flourish you need the same people."

Holland, 22, is in his first season in Cornwall, having joined from Loughborough Students and has established himself at the Pirates with 24 games and five tries under his belt.

Former England Under-16 and England Students international Atkinson, also 22, was another who joined the Pirates from Loughborough Students and has made 12 appearances for the club since arriving last summer.

Evans, 26, made his debut for the Pirates away to Munster A in November 2011 and has an impressive strike-rate of 30 tries from 53 appearances.

The experienced Morgan, 32, has just played his 150th game for the club after joining the club in 2008, following a previous loan spell in 2005.