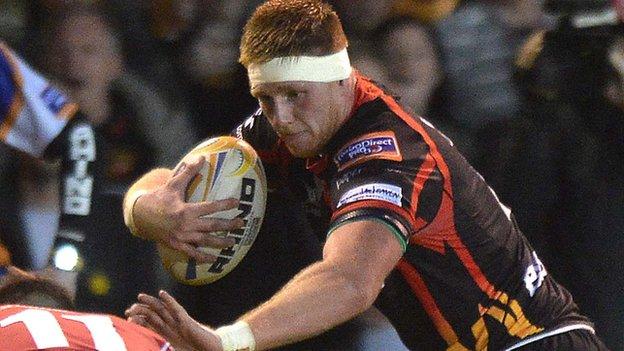 The 29-year-old lock was among nine players released back to the regions by the Wales management.

Coombs has featured in all three of Wales' Six Nations games, starting in the Ireland defeat.

Dragons boss Lyn Jones insisted the injury was not serious and Coombs should be fit for the England clash.

"It's important Andrew relaxes this weekend to make sure his shoulder is right and so that he can be in competition for selection," Jones said.

Coombs came on as a replacement in the win over France and captained the Dragons against Glasgow two days later.