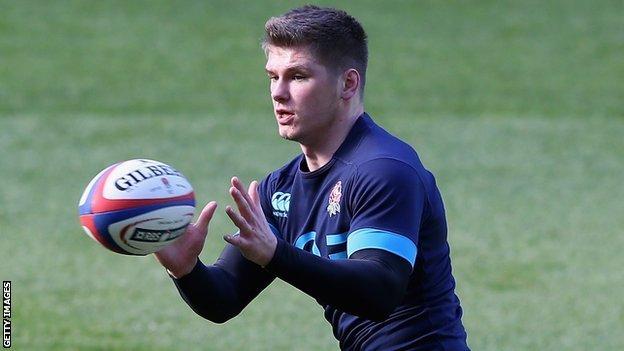 Owen Farrell has been absolved of blame after a match ticket allocated to the England fly-half was sold on a secondary ticketing website.

The £70 ticket for Saturday's 13-10 Six Nations win over Ireland at Twickenham was purchased on Viagogo for £440.

Although its investigation continues, the Rugby Football Union has stated that Farrell should not be punished.

"Owen is cleared of any wrong-doing. He will therefore not face any sanction," said an RFU spokesman.

"Owen is a young man of the utmost integrity and no blame can be attached to him in this matter.

"Enquiries continue as to the circumstances whereby this ticket was sold above face value, contravening the terms and conditions of sale."

The RFU said Farrell, 22, had no knowledge of the sale having passed on the ticket in good faith.

The RFU imposed sanctions on 41 clubs, constituent bodies, schools and individuals, including England flanker James Haskell, who had his allocation suspended for three matches.