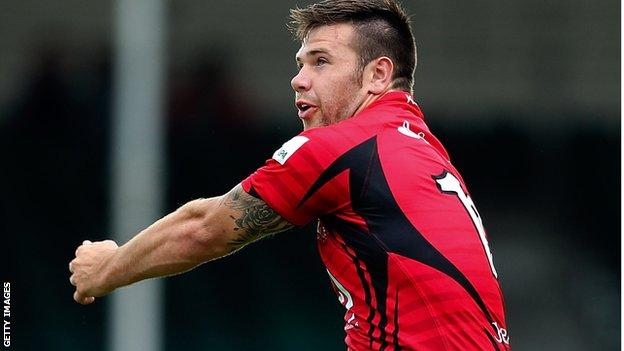 The visitors led 3-0 from Aaron Penberthy's kick but Junior Fatialofa and Kyle Moyle grabbed tries for the hosts before the break.

Max Bodilly broke through the defence to touch down and extend the Pirates' advantage after the restart.

The islanders hit back when skipper Alex Rae crashed over before a late penalty try clinched a bonus point for Jersey.

Despite the win, Cornish Pirates remain stranded in mid-table, while Jersey are now seven points above bottom-placed Ealing Trailfinders, who occupy the Championship's only relegation spot.

Jersey fly-half Penberthy, facing his former club, struck with a penalty from inside his own half just three minutes into his comeback after three months out with a broken leg.

It looked like it might be the only score of the first half but the hosts stung the islanders with two tries in quick succession, first from Fatialofa and then Moyle in the corner.

The Pirates picked up where they left off after half-time, full-back Bodilly, making his Championship debut, beat three tackles to help stretch the advantage to 19-3.

With difficult conditions under foot, Rae's score gave the islanders hope of at least a losing bonus-point and it came from the final move of the game when terrific work from the Jersey forwards saw them earn the penalty try.