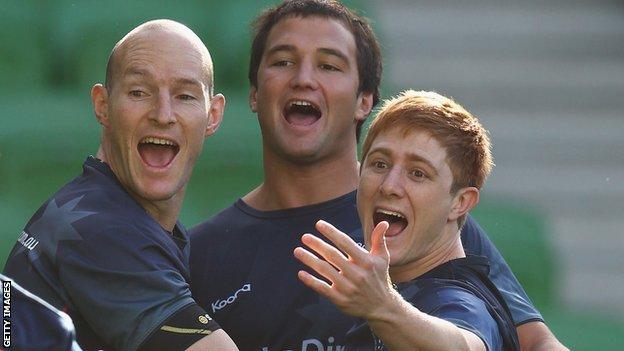 Jersey have signed Australian flanker Ryan Hodson, boosting their number of options in the back row.

The Championship side have been without injured forwards Fred Silcock, Tom Brown and Ben Maidment in recent weeks.

Hodson, 24, travelled with the squad for in Penzance but did not feature in the game.

"He's been on the fringe of Super XV rugby for the last couple of seasons.

"I think right now with Fred Silcock being injured and a fair few bodies down in the back row he'll bring that added energy to the team.

"A new body, a fresh face - it just adds that enthusiasm and that momentum we're trying to build."

The length of Hodson's deal has not yet been revealed by the islanders.