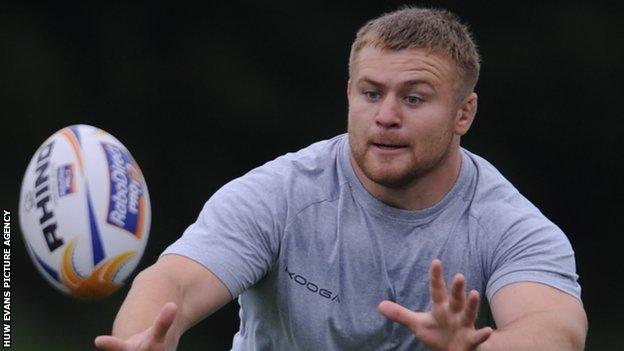 Moldovan prop Dmitri Arhip has signed a two-season Ospreys contract that will keep him there until 2016.

Arhip, 25, can fill all three front-row roles and played nine games after signing in November, 2012.

But he ruptured an Achilles against Bath in August, 2013 and is not expected to return until the the 2014-15 campaign.

"This is very good news and a good chance for me to be with the Ospreys for a longer time," said Arhip.

"It's a big step-up for me, to play for the Ospreys, with good players."

Ospreys rugby operations manager Andy Lloyd said: "Dmitri was a fantastic find for us as supporters saw last season, and he has the potential to become a key player for the region.

"Because of his unfortunate injury we haven't seen the best of him.

"He is an amazing athlete and once we get him back up to full fitness he will be a real asset for us."