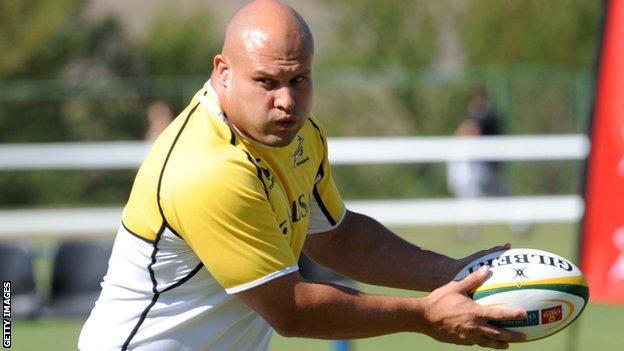 London Irish have confirmed that prop CJ Van der Linde has returned to his home country, South Africa, to undergo surgery on a pectoral injury.

The 33-year-old was a free agent before joining the club in December and signed a deal until the end of the season.

But a calf problem has limited him to just one appearance for the Exiles.

The former Leinster man has appeared 75 times for the Springboks and was part of the 2007 World Cup-winning team, starting in the final against England.

He will remain in South Africa to continue his rehabilitation programme.