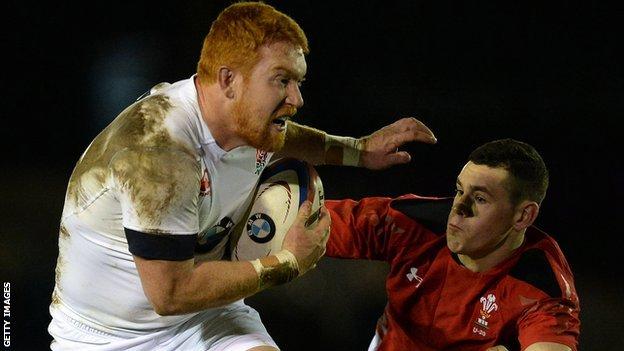 England Under-20 flanker Gus Jones scored four of England's 10 tries as they embarrassed their Wales counterparts in Newcastle.

Eight months after England U20 beat Wales 23-15 in the Junior World Championship final, the outcome was far more emphatic.

Jones went over twice as the hosts took a 38-0 lead at the break.

The one-way traffic continued after the break until the visitors were awarded a 78th-minute penalty try.

Replacement Luke Price converted, but it was scant consolation for the Welsh youngsters as England's aspiring crop dominated.

Wales U20 kicked off with a 26-9 win over Italy and beat Ireland 16-0, before a 16-10 defeat by unbeaten tournament leaders France.