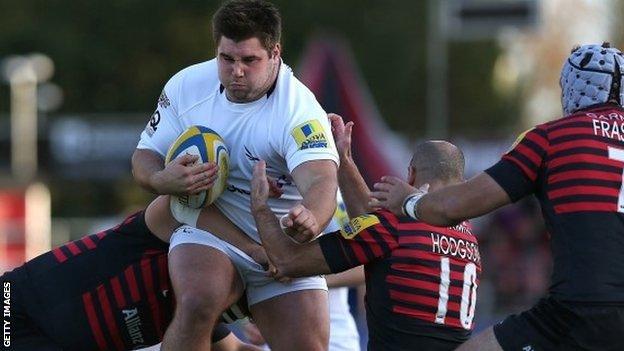 Newcastle Falcons prop Kieran Brookes has been suspended for six weeks for pushing a referee.

The 23-year-old was cited for "physical abuse" of Greg Garner in Sunday's 41-18 home defeat by Leicester Tigers.

He will be free to play again on 21 April, meaning he will be available for Newcastle's final two Premiership matches.

The Falcons finish their campaign against London Wasps (away 3 May) and Exeter Chiefs (home 10 May).

Newcastle remained one place off the foot of the Premiership table after Sunday's loss to Leicester at Kingston Park.