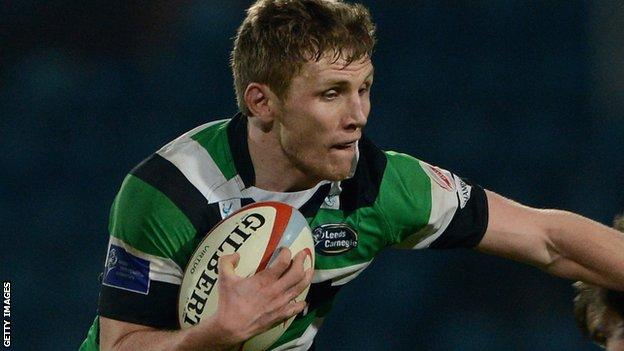 Leeds Carnegie battled back from behind at half-time to beat Jersey 18-13 in a closely fought clash at St Peter.

Leeds had most of the early possession and led 8-3 when Jersey skipper Alex Rae missed a tackle and Jon Clarke touched down.

But full-back Jack Burroughs helped the hosts to a half-time lead when he scored in the corner.

Fred Burdon's converted try between the posts was the only score of the second half despite late Jersey pressure.

The islanders, who take a losing bonus point from the game, stayed in contention throughout and were never more than five points behind the Yorkshire side.

The visitors deserved their early lead though through centre Clarke, who claimed his first try since moving from Worcester.

But Jersey fly half Aaron Penberthy was reliable with the boot and kept his side in touch before Burroughs did well to ground the ball in the corner to pull his team level.

In a cagey but enthralling second period Leeds missed the chance to go back ahead when replacement Jonny Bentley missed a relatively straight-forward penalty.

His error was not costly though because the visitors were in front soon after as Burdon spotted a gap in the defensive line and darted under the posts to give his team victory.

Jersey spent much of the closing minutes camped on the try line searching for a potentially winning try but were forced to settle for the bonus point.

Meanwhile, the victory for Leeds keeps them in second spot and maintains the pressure on Championship leaders Bristol.