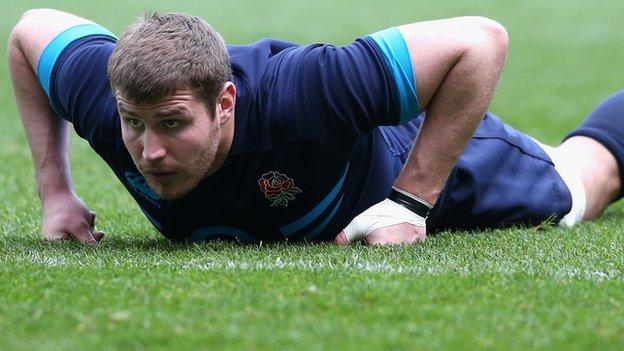 "Ben has been pushing hard for the number eight role so we are looking forward to seeing him start," England head coach Stuart Lancaster said.

"Tom has been outstanding for Exeter and gives us options off the bench as he has played in all three positions."

Vunipola sustained an ankle injury in England's last Six Nations outing, but Lancaster said he was reluctant to make too many changes following the 13-10 victory over Ireland on 22 February.

England are level with Wales, France and Ireland at the top of the Six Nations standings and face Warren Gatland's side in their penultimate fixture.

"The performance against Ireland has given us a lot of confidence going into this game against a high-quality Welsh team and we feel it's right to give the bulk of that 23 another opportunity," he said.

"We can't wait to play at home again. The players said the atmosphere at Twickenham for the Ireland game was the best they have experienced and I am sure it will be the same again on Sunday. It definitely gives us an extra lift and that's what we want against another high-quality side who are looking to defend their title."

Leicester's Manu Tuilagi and London Wasps prop Matt Mullan will not be involved but will remain with the team.