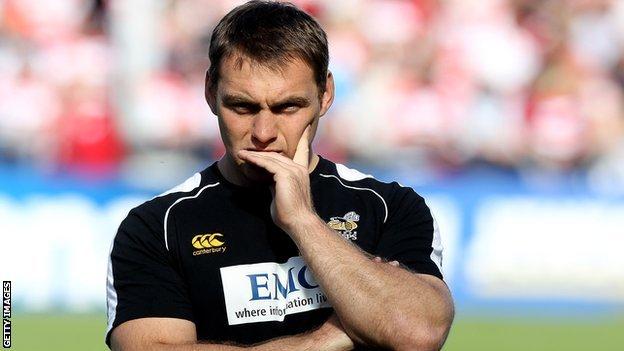 Former England prop Trevor Woodman has returned to Gloucester to take on the role of scrum coach.

Woodman played for the Cherry and Whites between 1995 and 2004, earning 22 international caps as well as a World Cup winner's medal in 2003.

His input is going to be invaluable going forward

He went on to play for Premiership rivals Sale Sharks, but was forced to retire in 2005 after suffering a back injury in training.

Since then, he has worked as a coach in Australia and, most recently, at London Wasps.

"Tony Windo has worked incredibly hard for us over the past two seasons, combining his time working on our scrum with his role at Bromsgrove School," said Gloucester director of rugby Nigel Davies.

"However, it's become increasingly apparent that we needed someone who could commit more time to the role with us.

"With his teaching position in mind, Tony isn't able to do so and we completely respect and understand that.

"But we are extremely pleased to be able to bring in someone of Trevor Woodman's calibre. He played the game at the very highest level and then translated that skill-set into a very successful coaching career.

"His input is going to be invaluable."