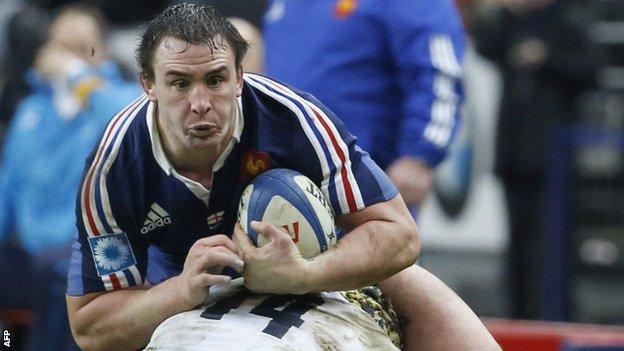 France have recalled forward Louis Picamoles for the crucial Six Nations finale against Ireland in Paris.

The Toulouse man, usually an automatic choice, was dropped for the last game against Scotland because he had been disrespectful to referee Alain Rolland.

Picamoles, 28, mockingly applauded Rolland after being shown a yellow card during France's defeat by Wales.

Fickou, who scored a late try in the 26-24 win over England, takes over from Maxime Mermoz, who is a replacement for the Paris showdown.

In the pack, Dimitri Szarzewski is preferred to Brice Mach at hooker.

The inclusion of Picamoles at blind-side means Damien Chouly moves to seven, while Alexandre Lapandry is number eight and Sebastien Vahaamahina drops to the bench.