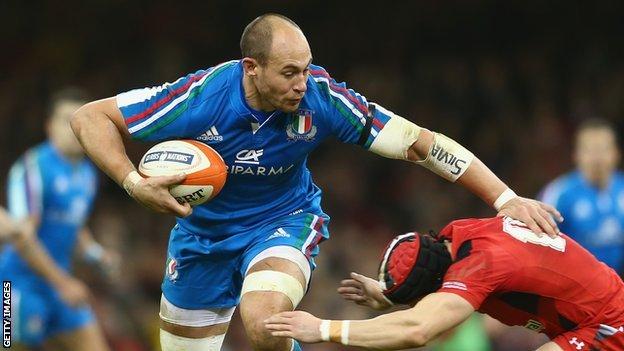 Sergio Parisse returns to captain Italy in their final Six Nations match against England at the Stadio Olimpico in Rome on Saturday.

The Azzurri number eight was ruled out of last weekend's 46-7 defeat by Ireland with a thigh injury.

Parisse is one of three changes to the side that started against the Irish in Dublin.

Cittadini replaces the injured Martin Castrogiovanni while Alberto De Marchi drops to the replacements bench to make way for Aguero.

Robert Barbieri shifts back to the flanker position after taking Parisse's role as number eight against Ireland, so Paul Derbyshire returns to the bench.

Italy are likely to finish bottom of the Six Nations table, barring an unlikely set of scorelines on Saturday, having lost all of their games in the competition so far.

Second-placed England retain a chance of the title on the final weekend, although Ireland, who play France, lead the standings on points difference.