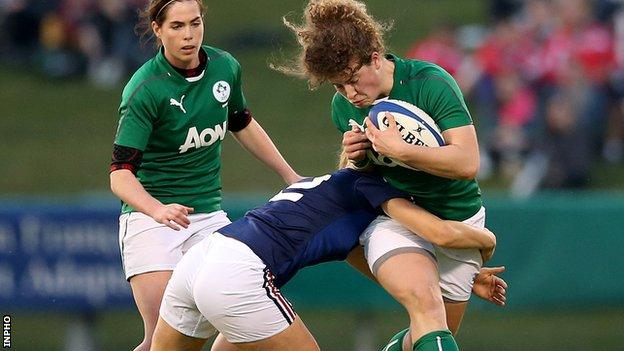 Marion Lievre's try gave the hosts a 5-0 lead at half-time before Elodie Portaries touched down for a converted French try on the restart.

A Niamh Briggs penalty made it 12-3 but Shannon Izar scored a third France try to leave them 16 points ahead.

The defending champions fought back with two Gillian Bourke tries but France held on for victory.

Bourke's tries were a result of impressive Ireland mauling with Briggs failing with her first conversion attempt but slotting over the second.

Ireland, who came into the game on the back of a 39-0 win over Italy, won three of their five matches.