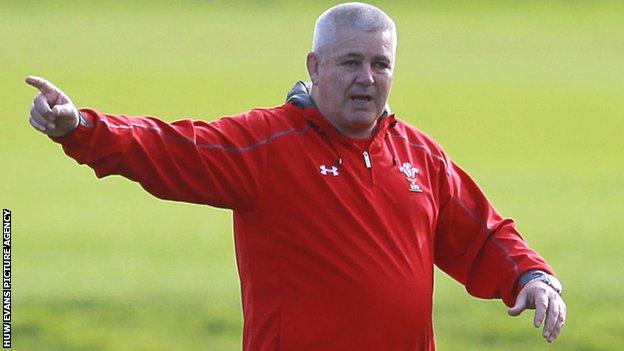 Wales are planning a match against a provincial side on their summer tour of South Africa to give more players a chance of playing.

The tourists could face Southern Kings at Port Elizabeth as well as two Tests against the Springboks.

Coach Warren Gatland said the fixture would ensure "everyone's a part of the tour."

"We have a really tough tour to South Africa and we're hoping to take a slightly bigger squad," he added.

Wales are likely to be without captain Sam Warburton for the tour after he dislocated a shoulder in the 51-3 win over Scotland.

The Cardiff Blues flanker was due to undergo a scan on the injury on Sunday and Gatland fears it might require surgery.

Full-back Leigh Halfpenny is already ruled out after having an operation on a similar injury.

Gatland said he was impressed by the way his team bounced back from defeat against England at Twickenham to post a record win over the Scots six days later.

"Mentally after losing and knowing that you were out of the tournament it was tough early in the week and for the players to respond and pick themselves up was fantastic," he said.

"We know how tough a place South Africa is to tour so we've got to have the planning underway.

"We're trying to manage the players in terms of a lot of them will potentially be finished quite early in May, so it's about giving them a bit of rest time and hopefully get them back into conditioning for the hard grounds in South Africa."

Wales face South Africa in Durban on Saturday, 14 June and a week later in Nelspruit.