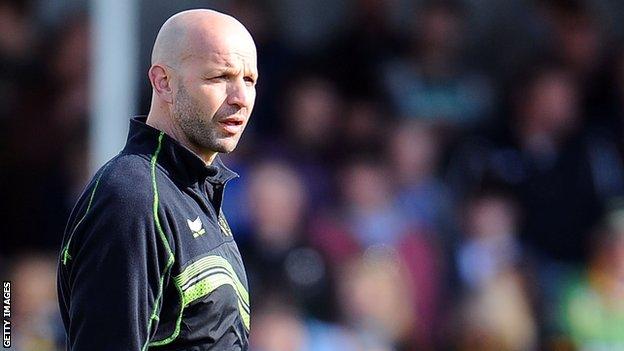 "We'll definitely get a lift from the returning players. They're on a massive high," Mallinder said.

We've got some vital games to secure that vital home draw

Northampton are two points clear at the top of the Aviva Premiership and Mallinder said their focus would switch to consolidating their position.

"I think we've got to put [the cup defeat] behind us and move on," he said.

"It's been good for us and we've blooded a lot of good new players, but it's back to the Premiership, that's the big thing for us now.

"That's our big target and we're in a very good position."

Sunday's defeat marked a fourth trophy final defeat in four years for Northampton, after disappointment in the Heineken Cup in 2011, the LV= Cup in 2012 and the Premiership final last year.

Mallinder said it was important his side gave themselves the best chance possible when it comes to this year's Premiership play-off by securing home advantage with a top-two finish.

"We're not a bad side and we have some great players with five or six internationals to come back," he said.

"We've got some vital games to secure that vital home draw."