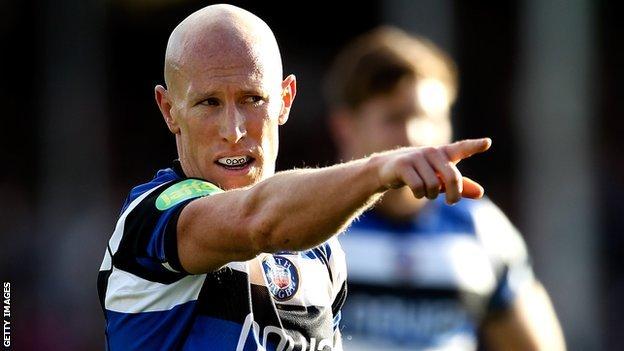 Bath scrum-half Peter Stringer has signed a new contract to keep him at the Premiership club for next season.

The 36-year-old, who has 98 international caps for Ireland, is in his second term at the Rec.

He initially joined on loan from Munster in January 2013 as injury cover, but was handed a permanent deal last summer.

Stringer has made 34 appearances for Bath, who are third in the Premiership standings.

I feel I still have a lot of rugby in me, and still enjoy getting out there and training and playing with the lads

"Bath is a great place to be at the moment", said the Cork-born number nine.

"There are a lot of hugely exciting young players in the squad and it's a group that's really building towards a bright future.

"I feel I still have a lot of rugby in me, and still enjoy getting out there and training and playing with the lads. I'm looking forward to the rest of this season and next, and seeing how far we can go."

Stringer is Ireland's most capped scrum-half, and is one of only nine players to make more than 200 appearances for Munster.

He gained Premiership experience during loan spells at Saracens and Newcastle prior to his arrival at Bath.