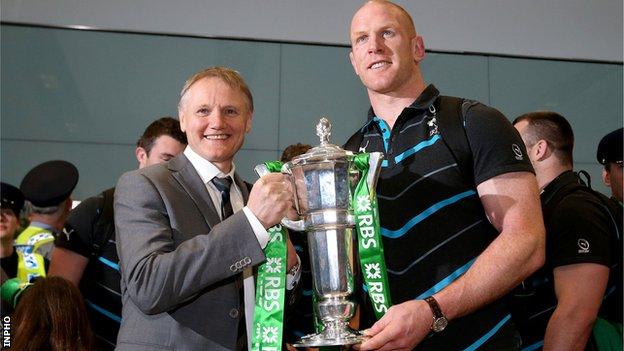 Ireland will play South Africa, Australia and Georgia in their autumn international series in November.

The newly crowned Six Nations champions begin the series against South Africa at the Aviva Stadium on Saturday 8 November (GMT 17:30).

Ireland's final game will be against Australia on Saturday 22 November (GMT 16:30) in Dublin.

Ireland coach Joe Schmidt, who led the team to the Six Nations championship on Saturday with victory over France in Paris, has said he will be using the November series to blood some new players.

Players such as Darren Cave, Luke Fitzgerald and Jared Payne will be vying for the number thirteen jersey vacated by the retiring Brian O'Driscoll.