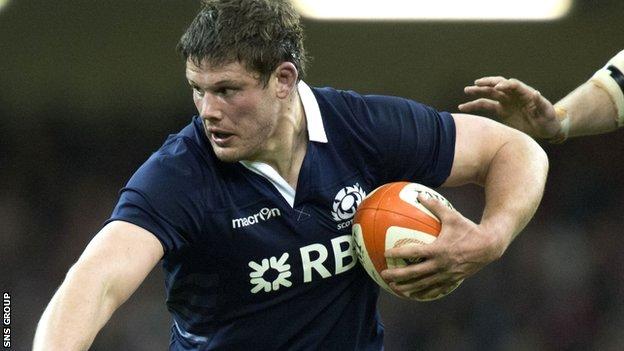 The 29-year-old, capped 75 times, joined the club from the now-defunct Border Reivers in 2007.

"I've enjoyed my time here and I really like the coaching style of Alan Solomons, and the set-up he's putting in place," said Ford.

"There's no doubt about what you have to do and how hard you have to work to be part of this club."

Talking to the club website, Ford added: "We're developing a style that suits us and that's tough to beat.

"Alan has worked us hard and I think that, while we still have a bit to go, you can see consistent improvements in our performances.

"I can now look forward to continuing those improvements and helping the club push forward for at least the next two seasons."

Ford, who featured on the 2009 British and Irish Lions tour, made his international debut 10 years ago and captained Scotland during the 2012 Six Nations campaign.