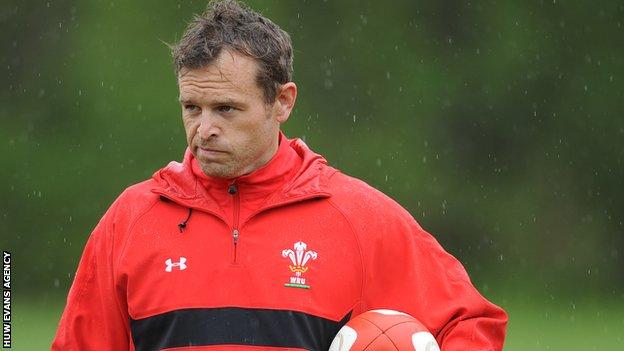 Scarlets forwards coach Danny Wilson has agreed to take up the same role at Andy Robinson's Bristol for next term.

The 37-year-old has signed a three-year deal with the Championship club, but will remain with Scarlets part-time.

"Danny's track record speaks for itself - he has a reputation for nurturing players," said Robinson.

"He has significant experience in Wales - with the national team and the regions - and we are confident that Danny can add value to what we are trying to build at Bristol."

Scarlets head coach Simon Easterby said of Western-super-Mare's Wilson: "We have respected that Danny wanted to take the opportunity presented to him by Bristol to be part of his home club and return to his rugby roots with his family.

"We've come to a positive and progressive agreement that allows Danny to continue technical scrum work with us on a weekly basis. We are retaining his expertise and knowledge including mentoring leadership amongst some of our most senior forwards."