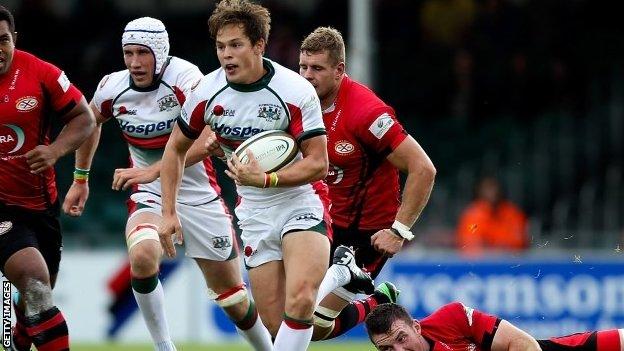 Plymouth Albion full-back Chris Elder will leave the club to join another Championship team at the end of the current season.

But Albion have signed utility back Mark Kohler from National League One side Coventry as they continue to shape their squad for next season.

The 24-year-old can cover at full-back, wing and centre and has previously played for Luton and Bedford Blues.

Elder had played in every league game for Albion this season.

The 21-year-old, who signed for Albion from Esher last year, has scored four tries in the Championship.

Kohler has signed a one-year contract with the option of a second season.

"I first saw him when he was playing for Bedford," said Albion coach James Shanahan.

"I tried to sign him when I moved to Plymouth last year and have had him on my radar for a while.

"Mark's keen to have another go at Championship rugby and he has family in the west country.

"He is a very physical player who has good pace and he's a strong ball carrier."

Setter, who has been studying at university in Wales, made two appearances off the bench in the British & Irish Cup this season.

"Cameron is a local lad, which will be good for the Albion set-up," said Shanahan.

"He impressed me in pre-season and is an exciting prospect who will thrive in a full-time environment."