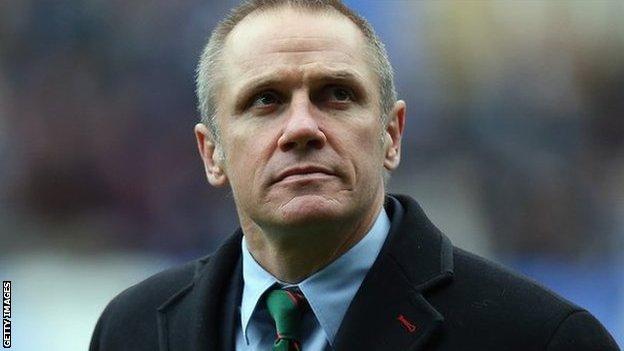 London Irish director of rugby Brian Smith says his side will be "jumping out of their skin" in Saturday's St Patrick's Day game.

The Premiership fixture at the Madejski Stadium is likely to be a sell-out, with the Exiles welcoming high-flying Bath to Berkshire.

"You categorise this as a big game," Smith told BBC Radio Berkshire.

"For our club, the St Patrick's Day game is like having a cup final. It's something the players look forward to."

He added: "It looks like it'll be a very successful sell-out and we are delighted to be a part of it."

Smith's side are currently 10th in the Premiership with Bath third and he is expecting a feisty encounter.

"There is a bit of added spice as there are a few faces at Bath who are former London Irish people that sort of adds to the whole contest," he said. "It's going to be a very exciting day.

"We'll be very well prepared and well rested as will they and both teams should be jumping out of their skins and it's going to be one hell of a battle."

Smith says he has set his side a mini-target as the season draws to a close on what has been a disappointing campaign for the Exiles.

"We have six matches left, and if we could win four, that would be fantastic," he said. "Three are at home, so from that point of view there is still a lot to play for."