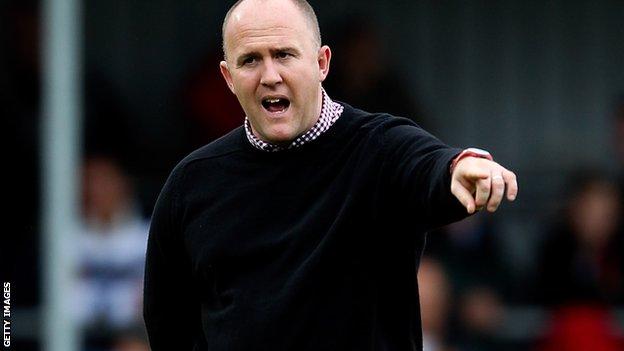 Cornish Pirates director of rugby Ian Davies says referee Craig Maxwell-Davies was "out of his depth" in his side's 17-11 home win over Nottingham.

Pirates finished the game with 12 men after three forwards were sin-binned for penalties given away at the scrum.

"To be honest, and I'll get in trouble for it, the referee was out of his depth at the scrummage," Davies told BBC Radio Cornwall.

"He's got to look at the game and think 'I've got some lessons to learn'."

Kyle Moyle scored two tries and Craig Holland got the other for the hosts, while Kieran Hallett kicked one conversion on his 50th Pirates appearance.

"It's amazing that we've won the game," Davies added.

"To finish a game with 12 players and to defend the way we defended at the end was just fantastic.

"But somebody's got to be embarrassed.