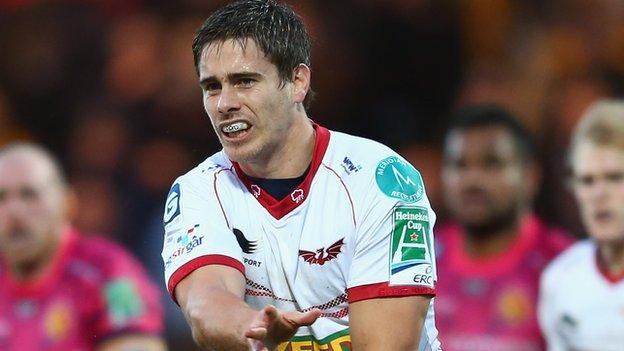 Gloucester have agreed a deal to sign Scarlets fly-half Aled Thomas for next season's Premiership campaign.

The 29-year-old is in his second spell with the Welsh side after returning in 2011 and has since made 60 appearances, scoring 247 points.

"He's got a fine tactical kicking game, can bring the best out of the players around him and, importantly, is a high-percentage goal kicker."

"He's also had significant experience playing in England as he was at London Welsh for three years.

"However, this is his first opportunity to play in the Premiership and I know that he's genuinely excited by the prospect," Davies added.

Thomas first joined the Scarlets in 2004 and went on to have spells with Carmarthen Quins, Newport Gwent Dragons and London Welsh before returning to the Pro 12 club.

Scarlets announced Thomas would be leaving last week. He will be one of five new arrivals at Kingsholm for next season.