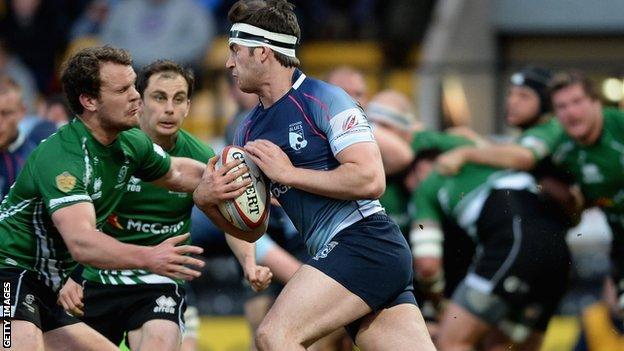 Gloucester have signed Mark Atkinson from Bedford Blues for next season's Premiership campaign.

The 24-year-old started his career as a fly-half at Sale Sharks before spells at Wasps and Esher.

Since joining Championship side Blues in 2012, he has been turned into an inside centre.

"Mark is one of the standout players in the Championship," Gloucester director of rugby Nigel Davies told BBC Radio Gloucestershire.

"He's 6ft 4in, so brings great stature to his game, but also has a great handling and offloading skill set.

"He's played 10 for most of his career so can step in there, as well as at 15, but is coming predominantly as a 12 who can play other positions. He will offer great versatility."