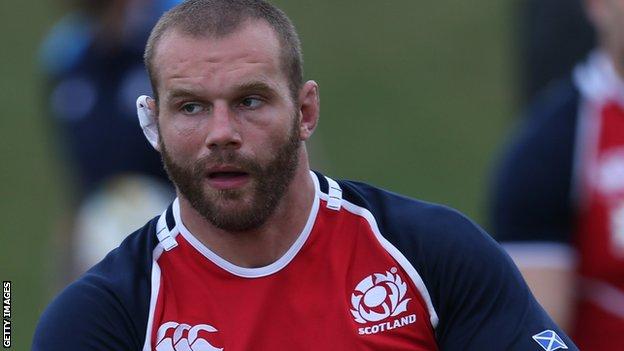 The 31-year-old has made 130 appearances for Edinburgh, scoring six tries.

He has won 28 caps for Scotland and was named in their squad for all of the 2014 Six Nations games, starting twice.

"It is great to have a player of Geoff's talent and experience," said Exiles director of rugby Brian Smith.

"He is a genuine international tight-head who has performed exceptionally well in the recent Six Nations Championship.

"We will have plenty of competition in the front row next season that will only benefit the squad."

Cross hailed the move as a "fantastic opportunity" adding he was excited to move to the Premiership.

"Moving down to London Irish is a fantastic opportunity for me," he said. "Having met with Brian, discussed the vision of the club and seen the new training facility it was clear to see the intent the club has moving forward.

"Leaving Edinburgh was a difficult decision and I will leave with many fond memories, however I am excited to be moving to Sunbury and look forward to the challenge ahead."