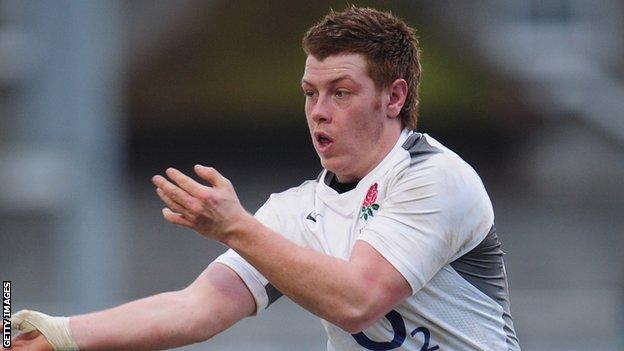 Plymouth Albion have signed fly-half Lawrence Rayner from National League One side Old Albanians for 2014-15.

It follows the move of current number 10 Dan Mugford, 22, to Championship rivals Nottingham for next season.

Rayner has scored 220 points in the third tier of English rugby this season and has signed a one-year deal at the Brickfields with an option for another.

"In my opinion he is the best fly-half in National League One and an 80% plus goal kicker," said boss James Shanahan.

Mugford is leaving having scored 73 points in the Championship this term, including three tries.

"I'm disappointed that Dan is leaving us," Shanahan said of the England Counties international.

"He has come on well this season and we could have developed him further next season.

"Nottingham offered Dan some assurances and a financial contract that we couldn't match."