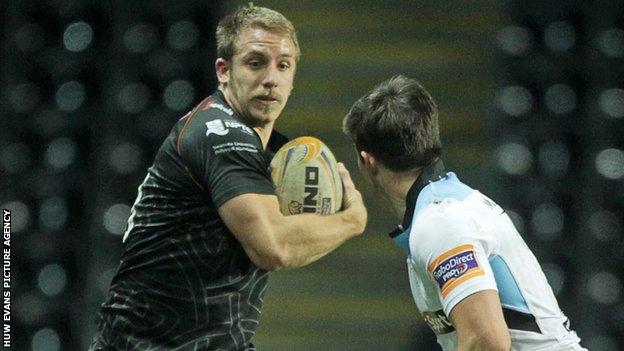 Ospreys centre Tom Isaacs has agreed to join Gloucester for next season.

The Cardiff-born 27-year-old made his debut for the Pro12 club in October 2010 and has played 66 games for them.

Isaacs has previously had spells in the Welsh regions with Bridgend Ravens, Cardiff, Glamorgan, Neath, Newport Gwent Dragons and Swansea.

"He started as a nine [scrum-half] but has been developed into an outside centre more recently.

"If anybody has seen him play for the Ospreys, they will see how powerful and elusive he is."

Isaacs will not play again this season, having undergone ankle surgery after suffering the injury against Northampton in the Heineken Cup in January.

"He hasn't had a huge amount of opportunities, but the ones he has had, he's been very effective. He's rated very highly," Davies added.

The Welshman is the second centre to sign for Gloucester in as many days, following Mark Atkinson from Bedford Blues.