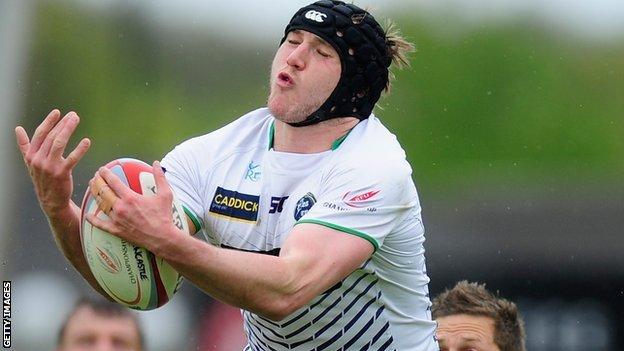 Leeds full-back Stevie McColl has joined Premiership side Gloucester for next season's campaign.

The 25-year-old signed for Carnegie in 2011 from Doncaster Knights and has made 49 appearances for the club.

The former Scotland Under-20 international becomes the seventh new player to join the Cherry and Whites for next term.

"He's someone who stands out at Championship level," director of rugby Nigel Davies told BBC Gloucestershire.

"I'm very excited about this guy. Both he and Mark Atkinson [arriving from Bedford Blues] can make the step up from Championship rugby and be a huge success."