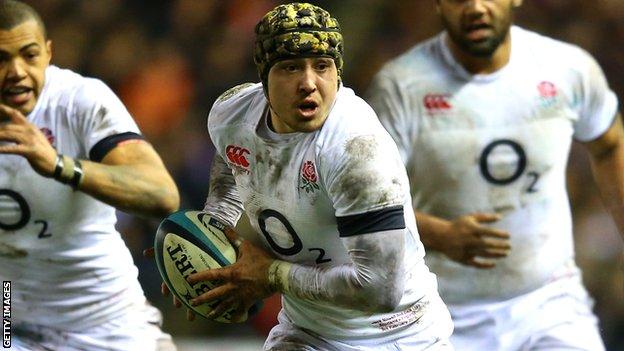 Exeter and England winger Jack Nowell is awaiting more tests to ascertain the severity of a shoulder injury.

The 20-year-old was hurt on his return to the Exeter side after the Six Nations as they on Sunday.

He is set to miss the home Premiership clash with Gloucester on Saturday.

"We're having some scans and some work done on his shoulder just to assess the damage," Exeter head coach Rob Baxter told BBC Sport.

Nowell and started all five of their matches in the tournament.

"Obviously we're hoping it's not too serious. Nothing particularly has shown up yet but it looks a doubt that he'll be fit for this weekend," Baxter said.

"We haven't found any muscle tears or whatever yet, but he has to have another set of scans to assess fully what's going on around his shoulder and neck.

"We've got a week off next week, and by the time we get to the end of next week we'll know exactly where we are with him."