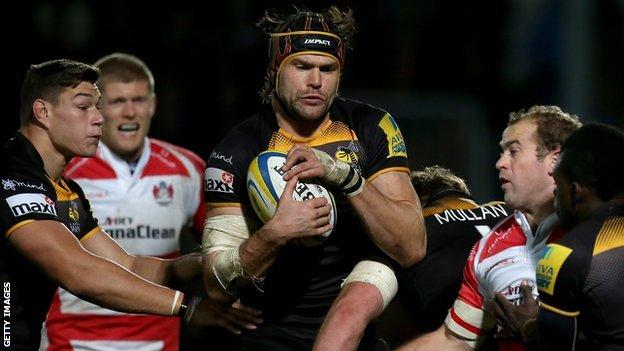 England lock Tom Palmer will leave Wasps at the end of the season to join Premiership rivals Gloucester.

The 35-year-old, who has 42 international caps, first joined Wasps in the 2006 but left three years later to play for Stade Francais.

He returned to Wasps after two seasons in France and remains a regular in the first team.

"I think he'll be a great addition to the squad we are putting together.

"Tom is still so ambitious and wants to continue to be successful. He thinks coming into the squad at Gloucester will allow him to do that."

Palmer has made 151 appearances in the Premiership, scoring 11 tries.