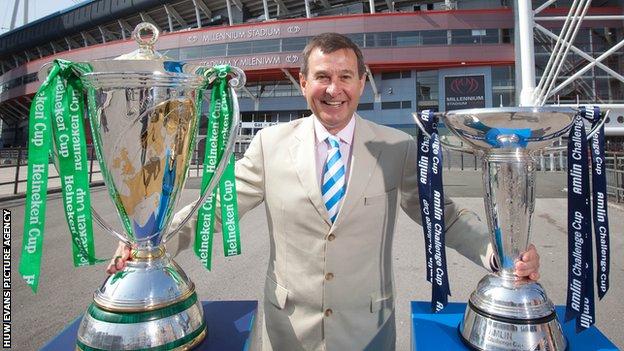 The Welsh Rugby Union (WRU) has extended the terms of its loan agreement to the Welsh regions.

The four sides face serious cash-flow problems after money for playing in the European Cup was held up.

The Union has extended the repayment date to 21 April while talks with European Rugby Cup (ERC), which has delayed the money, continue.

Cardiff Blues, Newport Gwent Dragons, Ospreys and Scarlets - had been expecting 200,000 Euros each from ERC in January.

It is part of a series of staged payments for competing in the Heineken Cup this season.

Regional Rugby Wales said the four Welsh regions were grateful for the extension.

"RRW, on behalf of the Ospreys, Scarlets, Newport Gwent Dragons and Cardiff Blues, appreciates the practical support given by the WRU at this time and for recognising the severe difficulty and financial pressure the regions continue to experience as a result of ERC distribution funds being withheld," read a statement.

"It is critical that the remaining detail surrounding European competitions is resolved quickly to enable the full outstanding payment to be made within the next few weeks."

ERC, the company that runs the tournament, took the decision to withhold the cash on legal advice because of uncertainty over its own future.

A new revamped European Cup, run by a company based in Switzerland, as opposed to ERC, is expected to be announced soon.