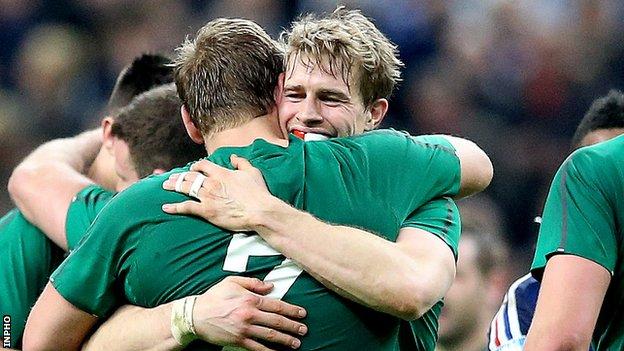 Dan Tuohy will also make his first start since sustaining a broken arm in Ireland's win over Wales in February.

Stephen Ferris retains his place in the back row while Nick Williams replaces Roger Wilson at number eight.

Key player Pienaar has not played since sustaining a shoulder injury in the win over the Scarlets two weeks ago but he is expected to be fit for next weekend's Heineken Cup semi-final against Saracens.

Rory Best is again rested after his Six Nations heroics but his fitness for the European game does not appear to be in any doubt.

Cardiff will be hoping to avoid a record sixth successive Pro12 defeat when they host the title-chasing Irish province.

The Welsh region lost their fifth successive game in the competition in the 34-9 defeat by Ospreys last Friday.

Ex-Treorchy, Celtic Warriors and Scarlets star Rees, 33, has not played since the 29-12 win over Edinburgh on 6 October.

Rees is named on the bench and is expected to come on in Saturday's game.

The Blues make a total of seven changes with Samoa international centre Isaia Tuifua called up to join forces with Cory Allen in midfield.

Chris Czekaj is named on the wing as Harry Robinson misses the game after picking up an ankle injury against Ospreys.

Scrum-half Lewis Jones is handed a starting spot and will partner Gareth Davies at half-back.

Hooker Kristian Dacey and lock Lou Reed, who makes his 100th appearances in the Pro12, are the new faces in the front five.